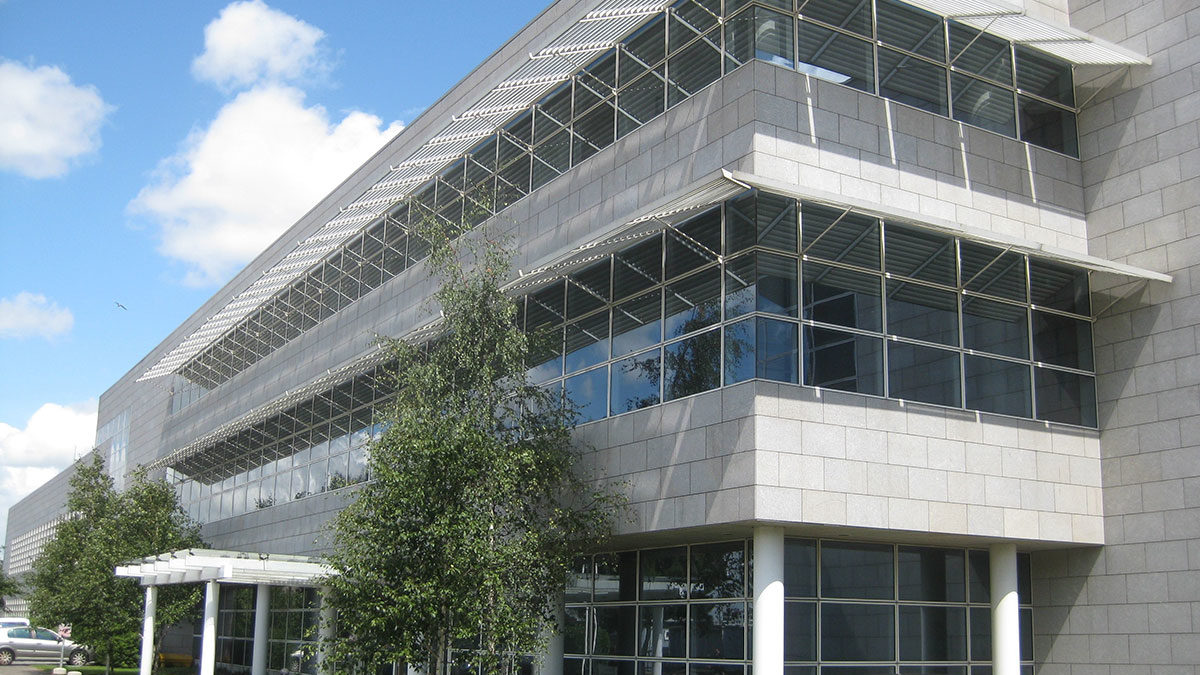 Two systems were developed for this project to bridge the structure from the internal plastered wall to the external stone face which would achieve a flush face internally in order to facilitate cleaning of the laboratory. The first system was 367mm deep constructed in cassette format to give a modular appearance when viewed externally. The second system was 402mm deep achieving the same aesthetic as the 367mm system. Both systems were extruded in Holland because of the size of the press required.

The facade comprises Stone cladding and a semi unitised curtain Wall matrix with 84mm thick integrated insulated metal and glass cassettes in a modular format which incorporated a 16mm shadow joint allowing the opening ventilators to have a uniform appearance adjacent to the fixed framing in the closed position. The curtain wall skeleton comprises a matrix of mullions and overlapping transoms for drainage with a horizontal sun shade supported on the vertical mullions.